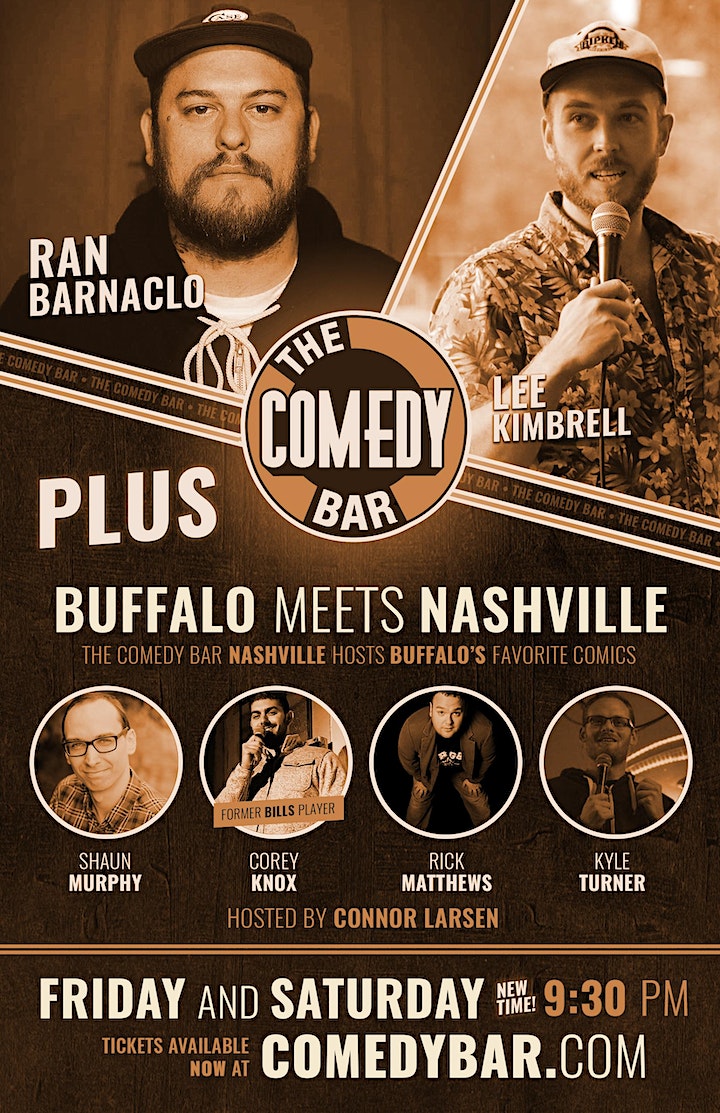 A born & raised Cincinnati comedian, Ran Barnaclo has proven himself a front runner in the local scene, winning the title of 'Funniest Person in Cincinnati.' Ran has also been nominated as 'Best Comedian' in Best of Cincinnati's locally voted contest.

Ran's comedy is full of calculated descriptions that have audiences laughing for days. His story telling abilities are so aggressively masterful they can take the crowd out of their seats and into the mind of a tattooed wizard.

Corey Knox is a Nashville-based comedian who, in a past life, was once an NFL football player. Originally from Buffalo, it was Corey's dream to play for his home-town team -- THE BUFFALO BILLS. That dream was fulfilled and then came to an abrupt end after he was unexpectedly cut mid-season. Now that his athletic aspirations have ended, he's decided to make the most out of a bad situation by getting on stage and joking about the whole debacle.

— Arriving at least 15 minutes before show time is always a good idea!